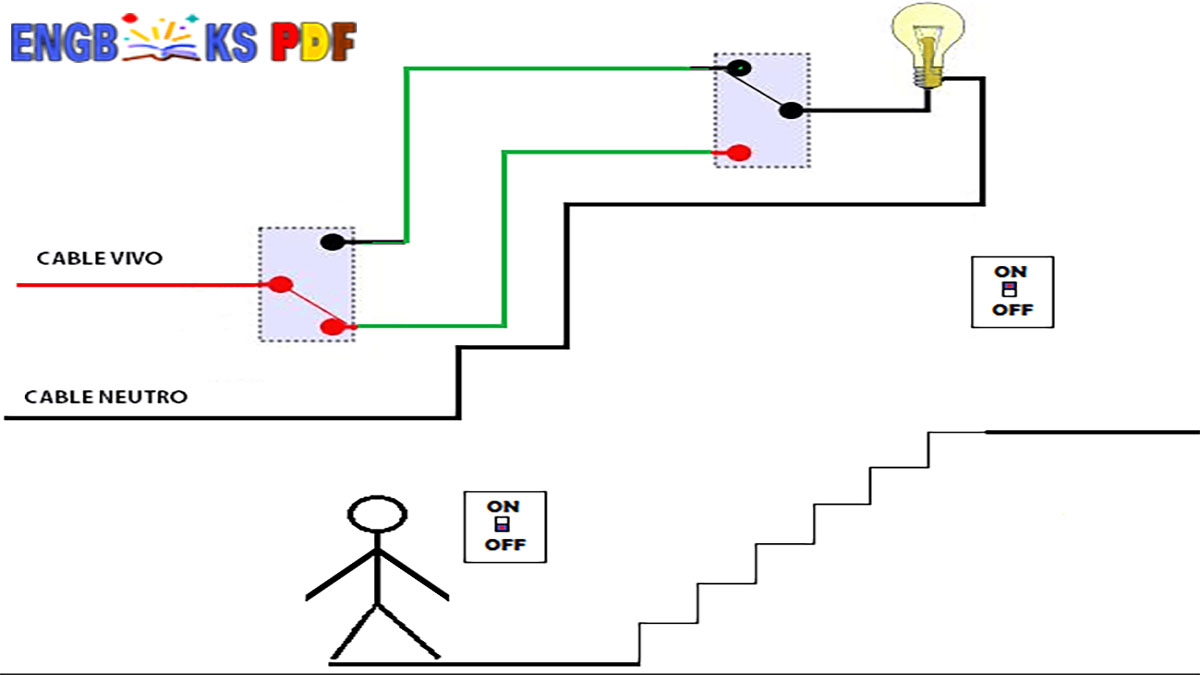 This time you will see how to connect a 3-way switch (Switch Triway) or also called a ladder switch in a very simple and practical way, you will also be able to guide yourself from the diagram that will show you later so that you understand 100% the correct way to do it

The first thing is that you must know the principle of operation of a 3-way switch or switch. This has three terminals, one of which is the common one. It is usually identified with the letter “C”, although some manufacturers use other forms such as a larger screw, of another color, with a dot or even a plus sign and the other two terminals are the returns

Using two simple or three-way switchable switches allows us to turn on or off one or more lights located in two different places as in the previous example, but also allows the user to turn lights on or off from two points as in this case.

How is it done to control a lamp from two points?

It’s very simple once you master the concept of what is a 3-way Staircase Switch, since to control a lamp from two different places you only need to use two 3-way switches and then:

You connect the damper returns parallel to each other.
Then you connect one of the resulting commons to power (+).
Then the common that remains is connected to the positive part of the lamp.
Once the 3-way switches are connected, you connect the neutral to the respective terminal of the lamp.
Ready, you can now perform the tests of the circuit.

Video on how to connect a stair switch (three-way switch)